How to Spot Signs of a Drunk Driver on the Road 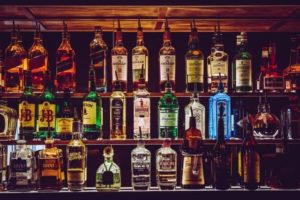 Some of the effects of alcohol consumption that drastically reduce driving ability include:

High levels of alcohol in the driver’s bloodstream compromises essential skills such as eye, hand, and foot coordination. This compromised state translates to the inability to react to hazardous situations. A driver with impaired coordination may swerve awkwardly on the roadways, in addition to responding slowly to critical situations. On the other hand, reduced concentration makes it difficult to stay in a lane and react quickly when the vehicle in the front stops at an intersection. Impaired vision undermines the driver’s ability to determine the speed and distance of approaching vehicles.

Telltale Signs of a Drunk Driver

To avoid the risk of an accident, you should look for telltale signs of drunk driving and keep a safe distance from any suspicious vehicles. Impaired drivers often display identical behavior on the roadways.

Keeping a watch for signs of driving under the influence makes it easier to avoid an accident. On the other hand, if you are involved in an accident with an intoxicated driver, you should inform law enforcement officers about your suspicions. Doing so ensures that police officers conduct DUI breath or blood tests. Our experienced accident attorneys provide professional legal advice if you or a loved one are injured in a DUI accident where the other driver is intoxicated. Call us for a free consultation.