The Role of Comparative Negligence in Slip and Fall Accidents 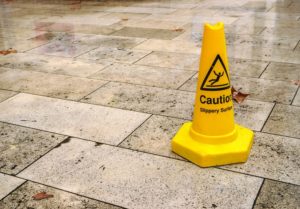 If you’ve been injured in a slip and fall accident, the first step to take after being checked out medically is to talk to our personal injury lawyer to see if you have the basis for a lawsuit. One of the first things that will need to be determined is who was at fault. If you were partially at fault because you were careless or negligent in some way, and you decide to file a claim with the property owner, be prepared for the property owner to claim that you share some of the blame for your injuries in the accident.

If their argument is successful, any settlement with them out of court or an award to you by the court can be significantly reduced in value. Here are some ways they can claim that you bear part of the blame. It could be argued that:

If your lawsuit ends up in court, Florida has a “pure comparative negligence” rule that is used by judges to decide how much compensation you will be entitled to, after taking into account the percentage of blame you may share for the accident. The final judgement in a personal injury case that the plaintiff is awarded is reduced by the total percentage of how at fault they were considered to be for the accident. For example, your jury may award damages of $20,000 for your medical bills, lost wages, and pain and suffering. However, they may also determine that you are 20 percent at fault for your slip and fall accident. This means you will only receive $16,000 total, and the property owner’s insurance company will not have to pay the other $4000 because of the blame you share for the accident.

In Florida this is called shared fault, when a judgement is split between two parties who share the fault for an accident where injuries were incurred. It doesn’t matter whether the case goes to trial or is settled out of court, the comparative negligence rule still comes into play. When your slip and fall attorney is working to get a settlement, any offer from the insurance company will typically be low as they push the point of how much of a role you played in contributing to your injuries in the accident. This is why you need to work with Zervos & Calta, PLLC, as we will present a strong case of liability against the property owner.