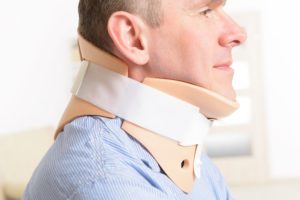 We’ve known for a long time that when motorcycle riders wear a good helmet, the numbers of deaths and head injuries from motorcycle accidents goes down significantly. According to research published by Johns Hopkins a few years ago, wearing a helmet also reduces the risk of suffering a spinal cord injury to the neck.

It was thought for a long time that when riders were involved in a motorcycle crash wearing a helmet, the helmet could actually cause more harm than good. This study has proven that is not the case, and these involved in the study think that helmet laws should be mandatory in all states. According to Adil H. Haider, M.D., M.P.H., an assistant professor of surgery at the Johns Hopkins University School of Medicine who led the study, “There is no doubt that helmets save lives and reduce head injury. And now we know they are also associated with a decreased risk of cervical spine injury.”

For over twenty years, riders and others who lobbied against mandatory helmet laws used an earlier study to bolster their argument that a helmet’s weight could put torque on the spine, causing significant injury. However, what they found in this new study, which can be found in the Journal of the American College of Surgeons, is that riders who wear a helmet are actually 22% less likely to have an injury to the upper spine than riders who did not have a helmet on. The numbers are based on data from over 40,000 motorcycle accidents between the years of 2002 and 2006.

Some states refuse to pass mandatory helmet laws. A few states like Florida, Texas, and Pennsylvania used to have helmet laws on their books, but after heavy lobbying from riders who don’t want the restriction of riding with a helmet, the laws were repealed. The lobbyists often use data from a very old study to support their position, but the main thing to remember is that helmets today are stronger and lighter than the ones from the study 25 years ago.

It’s interesting that 40 years ago, motorcycle riders in almost every state were required to wear a helmet. Today, even though evidence continues to mount showing that motorcycle helmets reduce head injuries, traumatic brain injuries, and deaths, only 20 states have mandatory helmet laws for all motorcycle riders.

There are more motorcycles on the roads today than ever before, and their use continues to increase. With the increase in use and the decrease of riders wearing a helmet, the number of injuries from motorcycle accidents has gone up by about 5,000 every year, and the number of deaths has almost doubled.

Many studies before this one by Dr. Haider documented a decrease in traumatic brain injuries for those who wore helmets, and a much lower risk of death. What’s new with the study, however, is the proof that wearing a helmet also reduces the number of spine injuries, and the potential for paralysis.